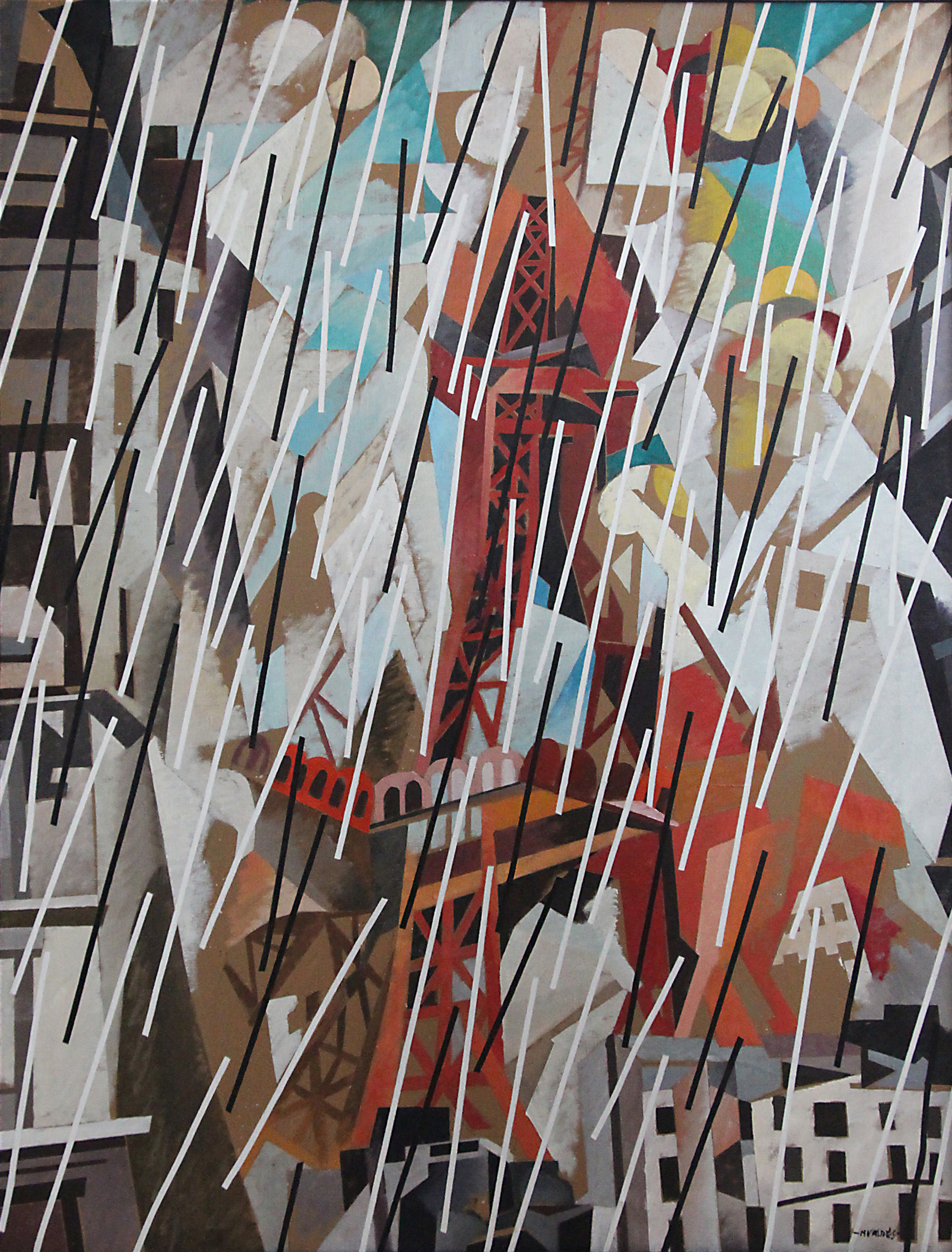 Inspired by Robert Delaunay, Valdés produced in 1980 a pop art version of the monument under the rain.

Manolo Valdés (Valencia, 1942) is one of the most reputed Spanish contemporary artists. He is based in New York, but his works can be found in great museums all around the world.

He studied at the Escuela de Bellas Artes de San Carlos for two years and in 1964 he established the artists’ group Equipo Crónica toguether with Joan Toledo and Rafael Solbes in which he remained until Solbes’ death in 1981.

Equipo Crónica had as a key objective an acid, critical and ironic review of the work of great painters of the past. Thus, they recovered the great representatives of a supposedly defunct art (Velázquez, Rembrandt, Rubens, Matisse, Picasso… and Robert Delaunay as you will see!) and produced revised versions of their works adding new elements like texts or images from the press or putting the works in a different context, very often under the rain.

The work below is a good example of combination of two musicians “Picasso style”, the rain and the collage of several newspaper pages. 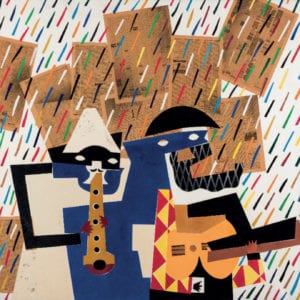 After Equipo Crónica, Valdés embarked on a solo career but continued to seek inspiration in the works of the grand masters of the History of Art, but always interpreting their works through a change of context.

Shortly before the disappearance of Equipo Crónica, Manolo Valdés made a personal synthesis of the historical avant-gardes in 1980. The Eiffel Tower, a symbol par excellence of modernity and cosmopolitanism, hated at the time of its construction but loved today by millions of tourists, becomes the central subject around which the composition revolves, a thematic choice that connects with Pop Art and mass culture.

The rain falls on the tower. Drops are depicted as rectilinear lines that bring a marked directionality to the composition, a dynamism that evokes the plastic resources of Futurism.

Behind the rain, in addition to the tower’s gigantic structure, buildings and trees can be guessed, dissected and synthesized in geometrical planes. 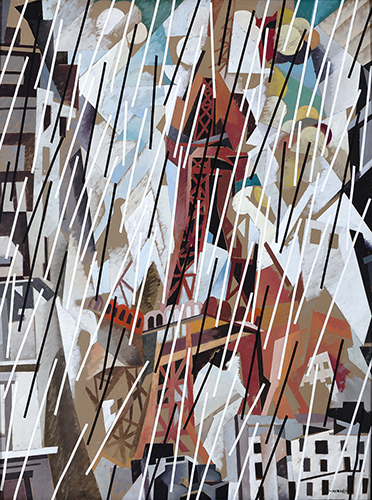 This work was undoubtedly inspired by the orphism of Robert Delaunay (Paris, 1885), who produced a series of the Eiffel tower between 1909 and 1912. 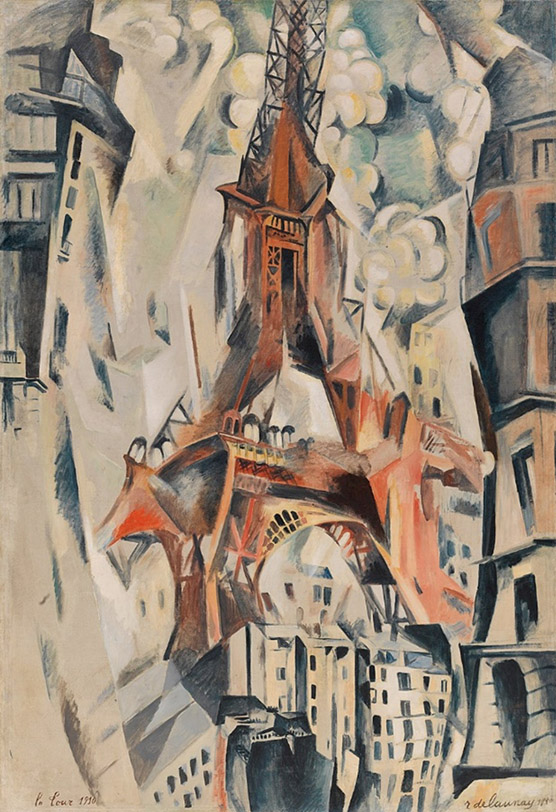 La Torre Eiffel by Manolo Valdés is therefore a great example of how the artist masterfully reinterpreted the work of an old master, adding his “pop” touch, in this case using a more colorful palette and choosing a rainy day.

And it’s so beautiful!

More information about this work at info@galleritz.com